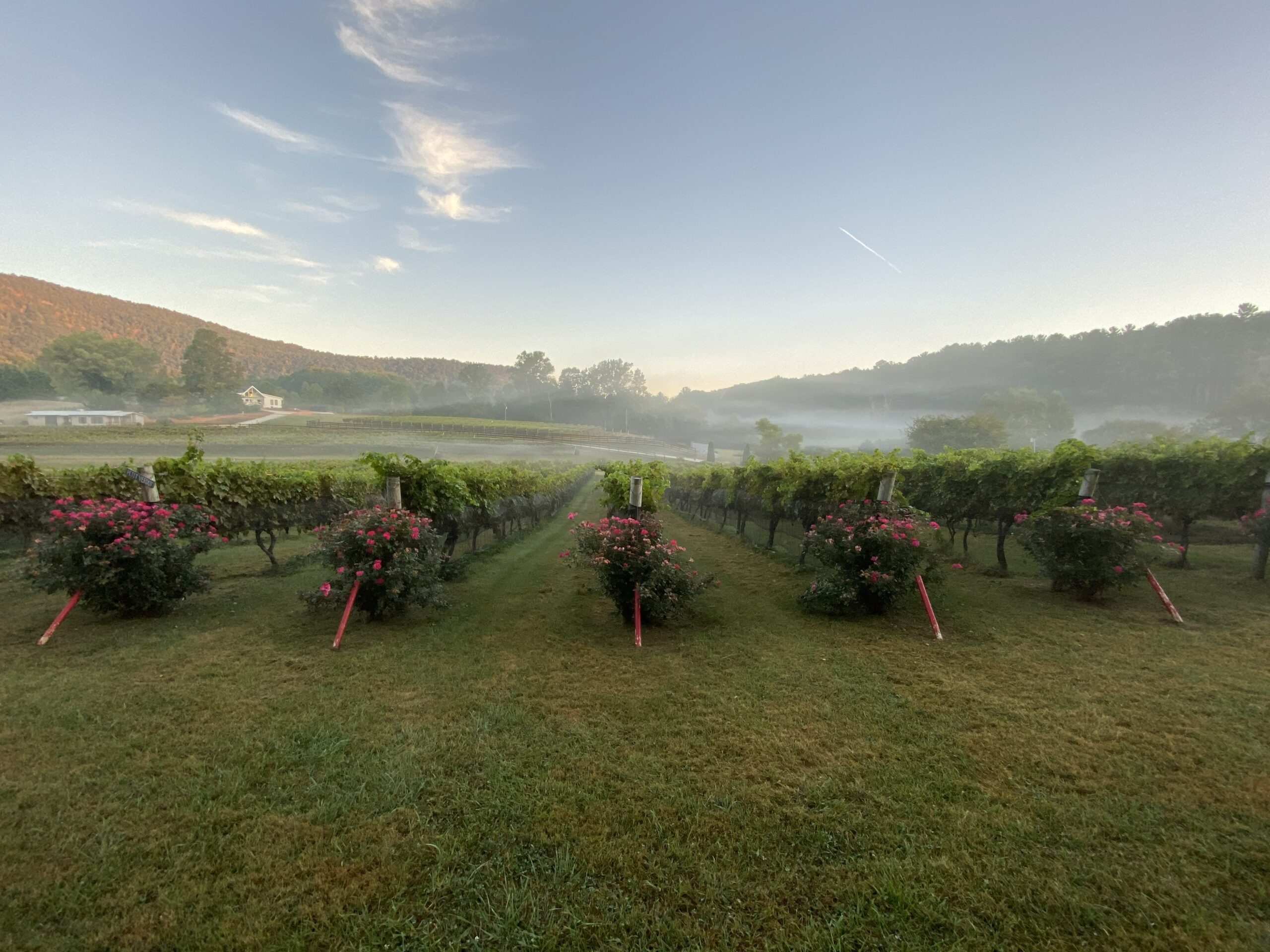 The vineyard is nestled in a valley of the Appalachian Mountains with a remarkable tasting room view of Glassy Mountain (3,145 ft. elevation), so named for the mica deposits that shimmer like glass on sunny days. Stonewall Creek Vineyards was named for the meandering stream on the eastern border of the vineyard. The morning fog rolls in from the Chattahoochee National Forest following Stonewall Creek all the way into our vineyards creating a picturesque scene.

We planted our first grapevines, a half-acre of Malbec, in May 2005. For the next four years, we added an acre or more of vines each year, experimenting with different cultivars, clones, and rootstocks. Some 3,000 vines now grow on what was once a tired, old apple orchard and pasture. After Malbec, we planted more European Vitis Vinifera—Cabernet Sauvignon, Petit Verdot, Cabernet Franc, Petit Manseng, Tannat, even more Malbec, and Traminette. Each cultivar has it’s own nuances that mean each one has to be handled differently.

Malbec was the first cultivar we planted and holds a special place in our hearts. Cabernet Franc loves our mountains, producing beautiful and bountiful harvests. Petit Manseng is also easy to grow; especially in the higher vineyard that once held apple trees.  Our first three harvests were from especially warm summers and our Cabernet Sauvignon ripened easily. However, the cooler summers with shorter growing seasons since then have produced Cabernet Sauvignon grapes that blend well into our rosé.  We generally use the Petit Verdot, Tannat and Cabernet Sauvignon for our rose and other blends because there are only a few rows of each.  In 2019 we released our first single varietal of Petit Verdot that has been well received. We added an extra acre of Traminette vines close to Bridge Creek Road in 2010, a Gewürztraminer hybrid that produces a flowery white wine that is perfect to drink on a hot summer day.

With Rabun County’s abundant rainfall, we have no need for irrigation. We do work at mitigating our overly generous amount of rain and have introduced French drains to facilitate water runoff and planted grass between the rows and cover crops to compete with the vines for water. For additional sun exposure, we planted the vines in rows along the contour of the land, work on canopy management by pulling leaves and hedging and use a trellis system that allows more sun. Harvest time is September and October, which thankfully are the driest months of the year.

We are busy in the vineyard all year long. In the summer, we are busy with shoot positioning and thinning, green harvesting, leaf pulling and hedging to keep the vegetative growth of the vines in balance with the fruit that is produced. Fall is time to harvest and welcome a new batch of our harvest volunteers, or greet old friends that continually come back to help. Winter is when our efforts are focused on pruning and making the best wine possible from the previous season’s grapes.  In the spring we always look forward to a new and improved crop and start the cycle over again. We always have to anticipate and work around what Mother Nature gives us in the vineyard. Being farmers keeps us humble.

Cain Hickey, Ph.D., is Georgia’s first full-time viticulture specialist. Over the past three years, Dr. Hickey and his graduate students Rachael White and Annie Vogel have conducted canopy and fruit-zone management test plots across the state, including Stonewall Creek Vineyards. They are working with farm wineries all across Georgia on irrigation management, cover crop and rootstock use, canopy managment and other viticulture issues. Stonewall Creek Vineyards is happy to host him and his team again this year for continued research. We have adopted some of their modified, divided VSP trellis technique, called the Athena Trellis, in several of our vineyards and hope to gain better productivity and disease resistance in our vineyard. 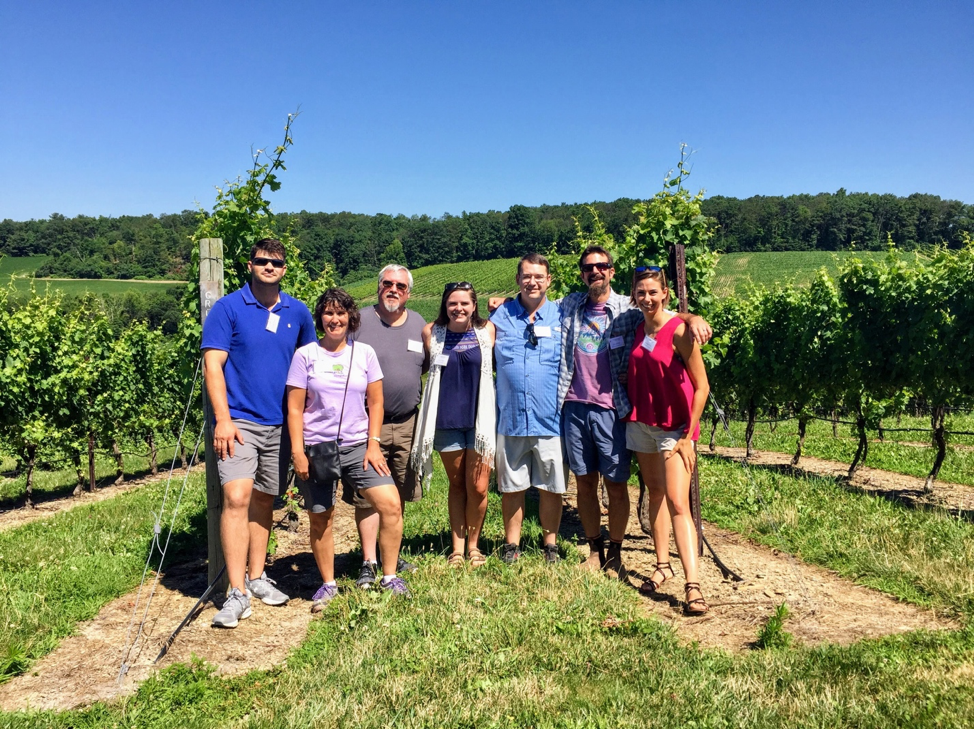 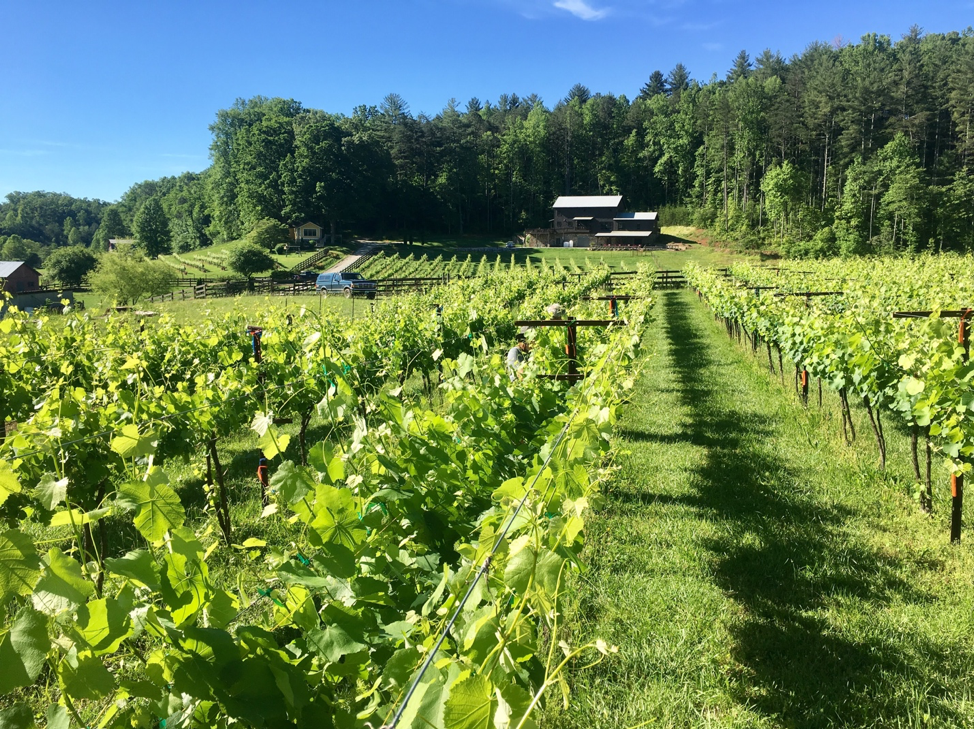 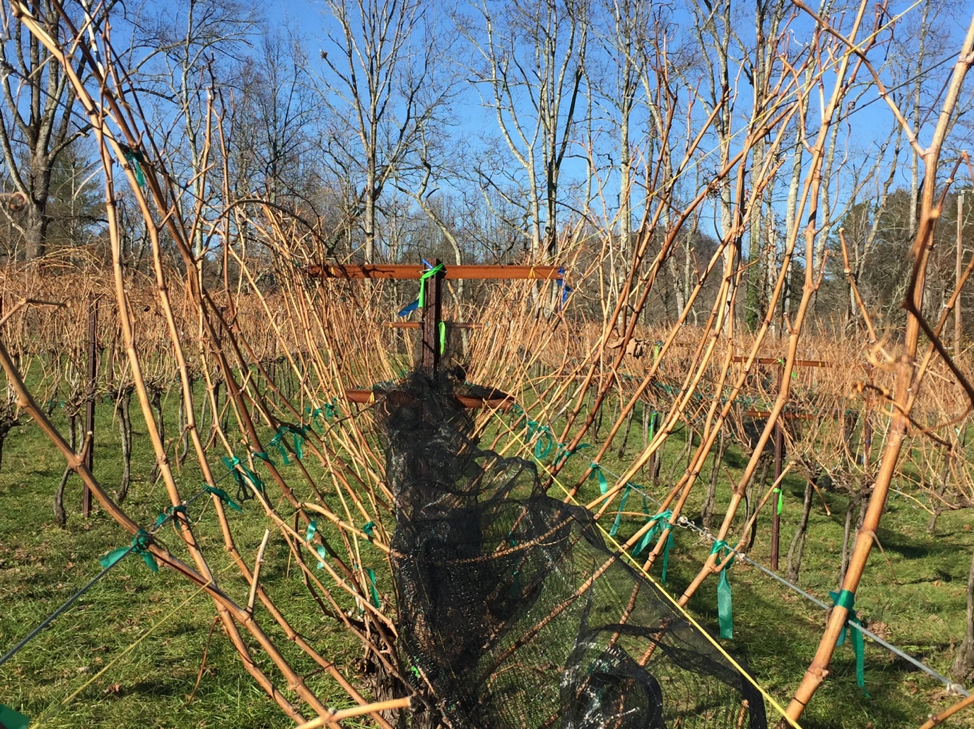 We're celebrating 10 years in our Tasting Room! Join us this summer as we celebrate through various events:click here